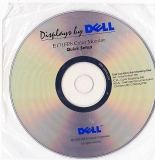 Two Dell Reinstallation CD-ROMs, both in good condition. One CD contains Microsoft Windows XP Professional Edition with Service Pack 3. Label is marked: DP/N 0R662K (2008). Disc only; key is NOT included. In original white sleeve with label. The other CD is “Displays by Dell, Setup for E171FPb Color Monitor (2002). Both CD’s show some … [View Details] 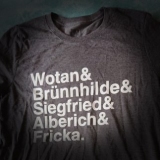 Mint condition T-Shirt, new item, not vintage, size Medium, designed for music lovers attending The Metropolitan Opera’s presentation of Richard Wagner’s Ring Cycle during the month of May in 2019. On the front of this soft black cotton shirt, is a list in white lettering of names of characters who appear in the four separate … [View Details] 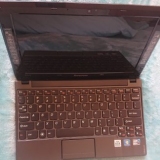 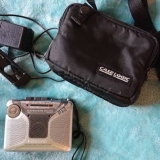 This is a pre-owned Player/Recorder in NON-working condition, with an AM-FM Radio that does work. No cracks, chips, rust, or damage inside or outside. Features that work well include stereo speakers, radio, buttons, functions, and headphone jack. The original manual with operating instructions is included. Tested unit with two double AA batteries (not included), and … [View Details]

McDONALDLAND COMICS No. 101, 1976, Starring RONALD McDONALD and ALL HIS PALS was published as a Promotional Advertising Giveaway for the McDonald’s Operators Association of Southern California by Sponsored Comics, Inc. McDonaldland was the fantasy world McDonald’s Restaurants used in their marketing campaigns. McDonaldland characters included Ronald McDonald, Hamburglar, Grimace, Captain Crook, and the Professor. … [View Details]

McDONALDLAND COMICS No. 102, 1976, Starring RONALD McDONALD and ALL HIS PALS was published as a Promotional Advertising Giveaway for the McDonald’s Operators Association of Southern California by Sponsored Comics, Inc. McDonaldland was a fantasy world used to market McDonald’s Restaurants. The characters of McDonaldland included Ronald McDonald, Hamburglar, Grimace, Captain Crook, and the Professor. … [View Details]

Vintage hard to find MCDONALD’S mini comic book, titled, “RONALD MCDONALD in The Disappearing Act” is dated 1978 and is printed in full color newsprint. A 4 (four) page mini comic that is rarely seen today was a giveaway at McDonald’s fast food restaurants in 1978. The comic was one in a series of 3 … [View Details]

2018 Wall Calendar, $10.95 includes FREE Domestic Shipping within the 48 States Based on the spiritual psychology text, “A Course in Miracles,” this monthly calendar for 2018 measures 8.5″ x 11″ and features the photographs of Gloria R Nash which have been paired with quotes from her forthcoming spiritual guide that is a map directing … [View Details]